The factory of the future is becoming established in the aerospace industry: A consortium consisting of European research organizations and industry partners is presently developing mobile and autonomous robots that will be used to manufacture aircraft components and will work hand-in-hand with people.

The Fraunhofer Institute for Factory Operation and Automation IFF in Magdeburg is the initiator and coordinator of the VALERI project. The robotics specialists intend to make their vision reality together with their industry partners Airbus DS, FACC, IDPSA and KUKA Laboratories GmbH and their research partners Profactor GmbH and PRODINTEC.

VALERI stands for “Validation of Advanced, Collaborative Robotics for Industrial Applications”. The consortium intends develop new mobile robots within three years, which will be integrated in aircraft component manufacturing operations. The special thing about it: The robots will operate autonomously side-by-side with humans and without safeguarded areas, thus freeing workers from time-consuming, physically strenuous and monotonous work.

At the end of the project, the robots will ultimately complete three model tasks of aircraft component production: the application of sealing compound along a groove, optical quality control of the applied sealing compound and optical inspection of braided CFRP parts. The first two tasks are performed differently at practically every assembly station and all three tasks have been done manually until now. The new robotic system will significantly improve productivity in these domains.

KUKA’s omniRob platform with an LBR 4+ is serving as the starting for the development. The platform is supplemented by a rotating vertical linear axis on which the LBR is mounted to enlarge the work area.

In addition to coordinating the project, the Fraunhofer IFF is in charge of designing and implementing the safety components that will enable humans to work freely in the vicinity of the robot. The design includes the use of tactile sensors on the mobile platform and the linear axis in order to be able to detect contact between humans and robots reliably in the sometimes tight space in the factory. An innovative 2 1/2D camera system is being used to monitor the work area around the tool. In the project, new modalities of haptic interaction will be tested and evaluated together with the tactile sensor system and the LBR in the industrial setting.

With VALERI, the consortium partners are developing a system that can be used as an adaptive and flexible support even in trades or small batch production. That makes it interesting both for aerospace and other manufacturing sectors.

The project is being supported by the European Commission in its RP7 PPP Initiative “Factories of the Future”. 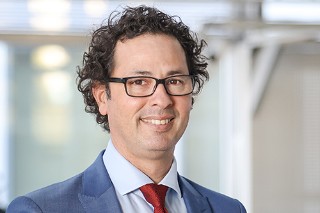